Priyanka Chopra, one of the most popular Bollywood actress , singer, and songwriter. She is Bollywood's highest-paid actresses. The actress received three nominations: Best Female Artist, Best Song and Best Video (for "In My City") at the World Music Awards. 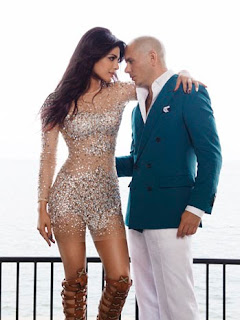 Chopra unveils the first look at the video to 'Exotic',  with American rapper Pitbull, in South Beach, Miami, Florida.


The Hollywood Reporter: "For me, being Indian is very exotic. After Pitbull sent me his lyrics I suggested to 'Exotic' producer RedOne that we could consider having some Hindi lyrics. It has a mix of Hindi and English, since the world is so global. An all-Korean song topped the Billboard charts, so why not a Hindi song?"


Check out and decide is it a Hit or a Miss?


Posted by Indianfashionjournalist at 10:40 AM

Email ThisBlogThis!Share to TwitterShare to FacebookShare to Pinterest
Labels: Exotic, In My City, Pitbull, Priyanka Chopra