Chris Bosh in Mumbai with his wife in Varun Bahl's designs. 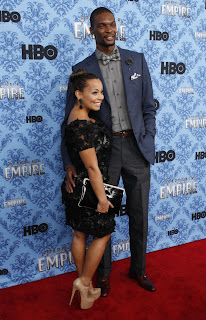 Two-time NBA Champion Chris Bosh (Miami Heat) Basketballer was in Mumbai to launch the NBA Jam in India. He and his wife were both dressed in custom Varun Bahl designs. 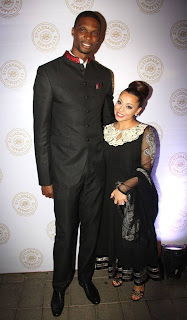 Chris Bosh looked hot in this designer crisp black Men's suit while his wife looked like a doll in Varun's traditional Anarkali suit that had net sleeves. The kameez had a beautiful lacy neckline which was teamed up with a matching dupatta. 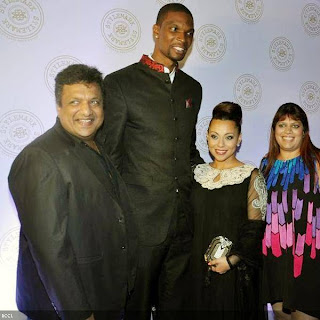 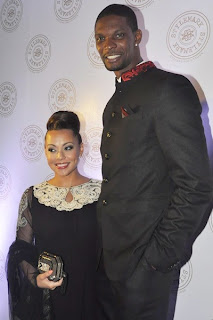 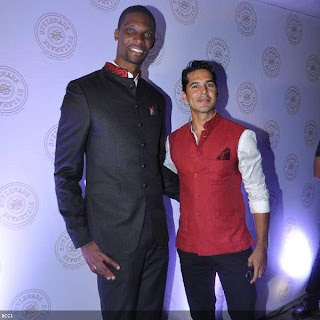 On one hand where handsome Chris was wearing this stylish bandgala suit while his wife Adrienne wore a tight high hair bun paired up with classy pearls and a sleek golden clutch.

She looks such a cute Desi Doll! What say!

Cbazaar is a popular leading online store that deals in designer Indian and Pakistani clothes. You can similar designer Anarkali churidars at Cbazaar. 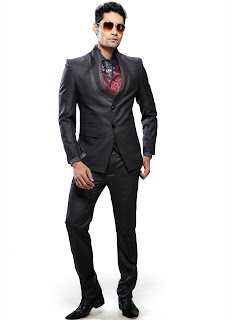 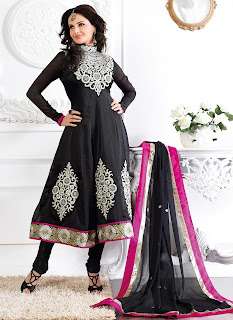 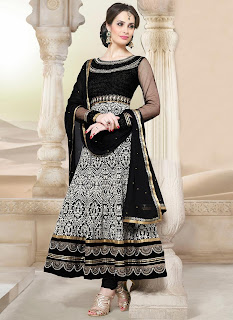 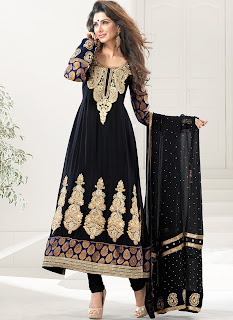 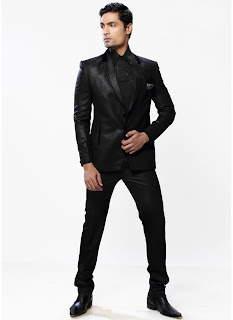 Cbazaar also offers exclusive Indian and Pakistani clothes. Cbazaar deals in  Bridal wear and salwar suits that include Patiala suit, Bollywood Bridal lehenga. Also the range of blouses offered by Cbazaar covers both daily use as well as designer wears for special occasions.

Posted by Indianfashionjournalist at 3:48 PM