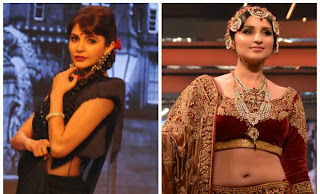 Yash Chopra's wife Pamela organised the show to showcase India's first cinema inspired ethnic couture brand Diva'ni. The show began with an audio that Anushka Sharma will pay tribute to Nargis and Parineeti to Madhubala. All dressed in their traditional best the actress Parineeti and Anushka walked the ramp their popular songs.

Anushka wore a black color chiffon sari that had sequin stud work on the pallu. She paired it up with a red color bhindi and a long side braid with red rose that completed her Nargis style look of the earlier golden Era.

While cute Parineeti was spotted in this red gold color bridal lehenga that had heavy embroidery all over. She paired her outfit with a chic velvet embroidered choli along heavy pearl neck piece and hair accessory. Her red lips and long braid completed her bridal look.

Check out the pictures from the event - 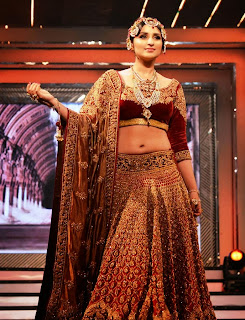 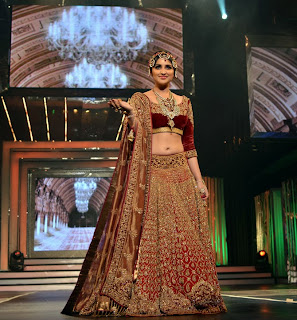 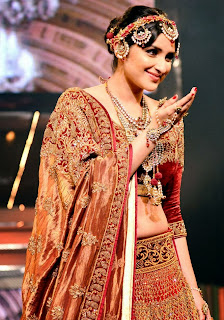 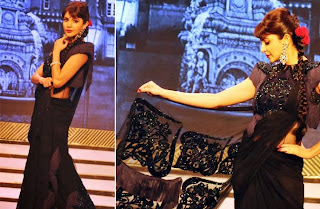 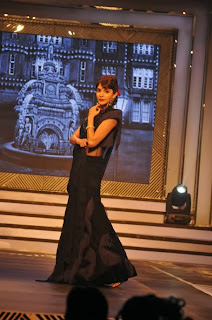 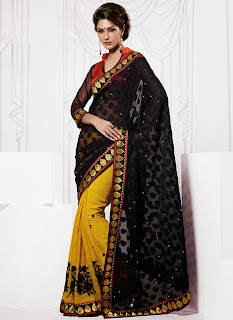 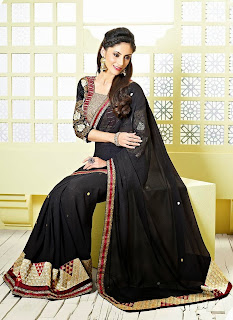 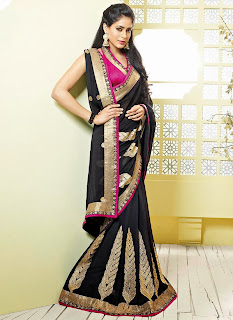 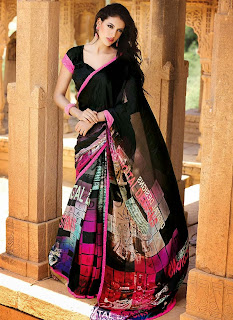 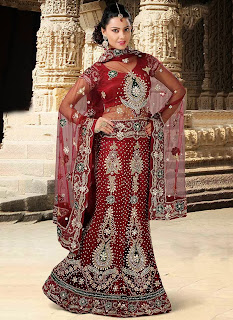 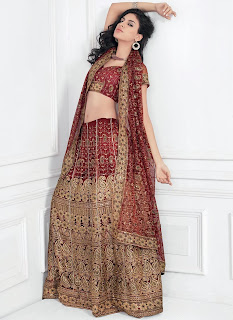 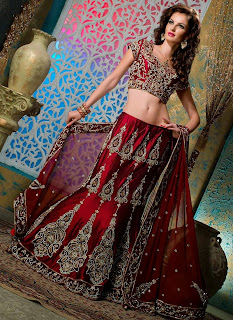 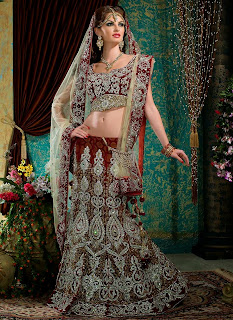 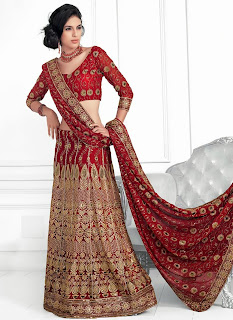 Prapti Bagga Arora
Posted by Indianfashionjournalist at 6:31 AM