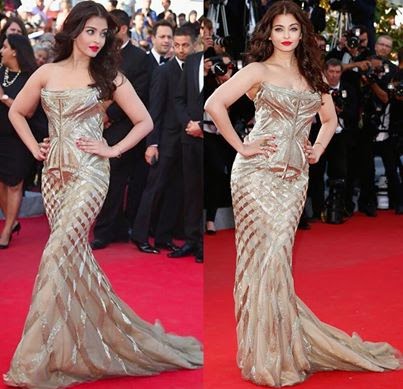 Yes, She is back with a BANG!!! Aish walked the red carpet at the 67th Cannes International Film Festival looking ravishing as ever. The actress is spotted in a strapless gown designed by Roberto Cavalli, flaunting her perfect curves. Check out her look at the event- 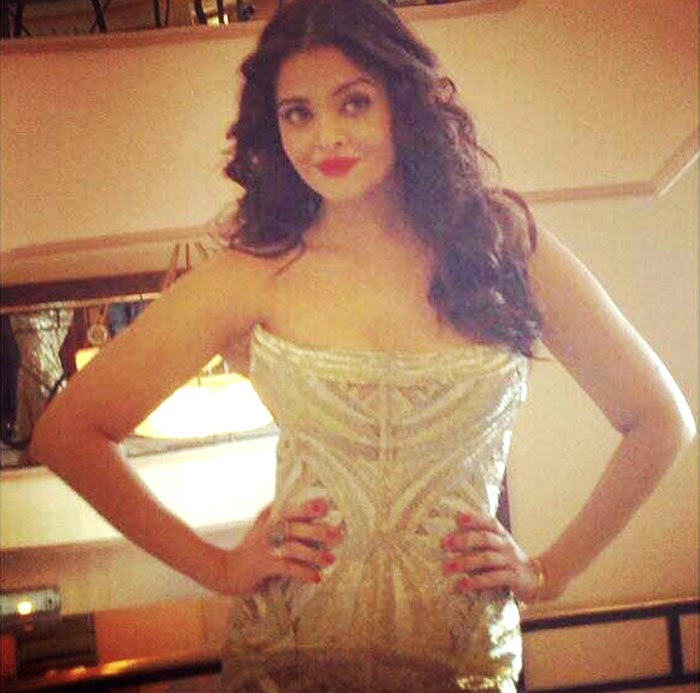 The Bachchan bahu wore a beautiful hourglass body hugging tail gown that had amazing sheer gold work all over. 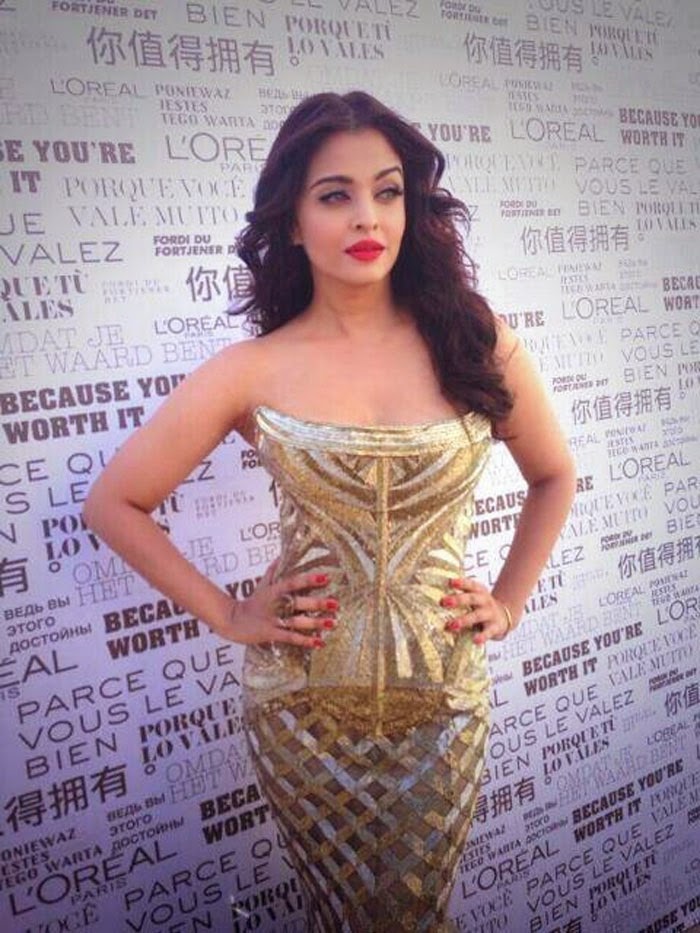 Her long wavy locks and pop of red lips complemented her red carpet look.  It is the 13th consecutive appearance at the international festival for the actress 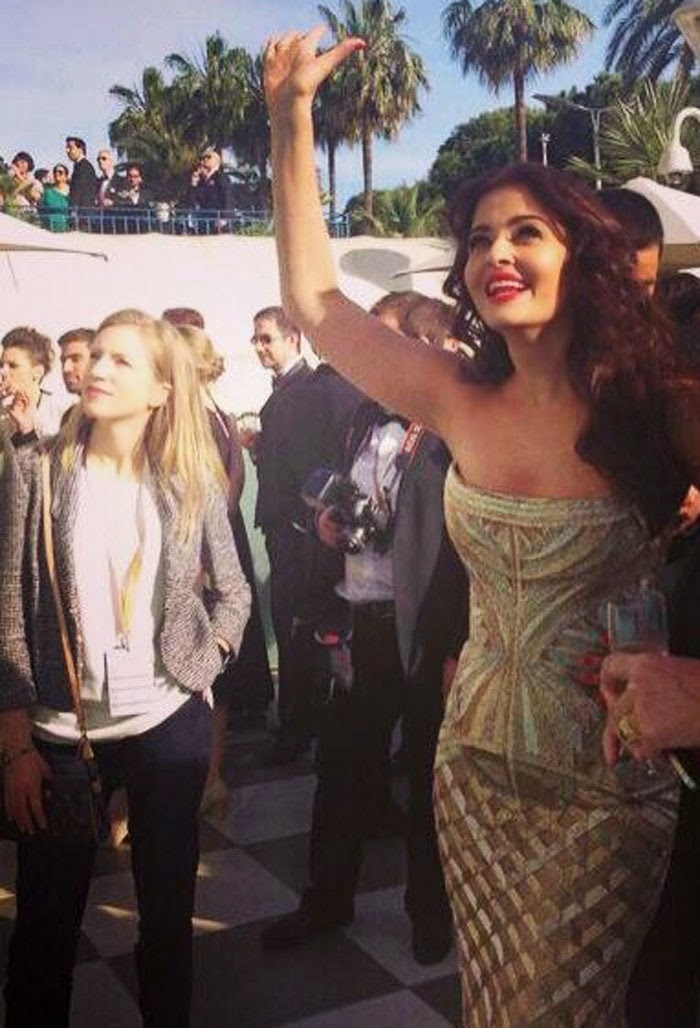 Aishwarya waves to her daughter Aaradhya from the red carpet. 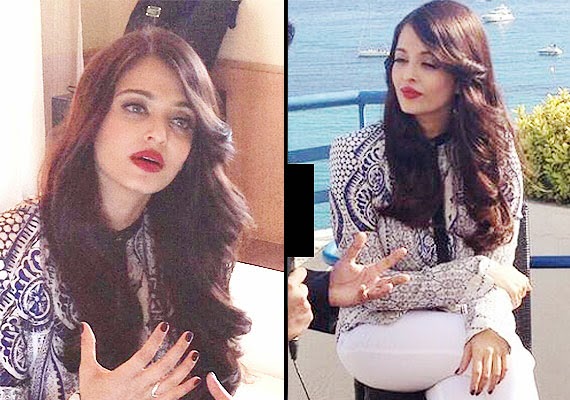 Aishwarya Rai Bachchan’s Cannes appearance this earlier this year 2014. Aishwarya, was appointed as the brand ambassador of L’Oreal Paris in 2003, made her Cannes debut in 2002.

Posted by Indianfashionjournalist at 9:19 PM