Alia in traditional half and half sari 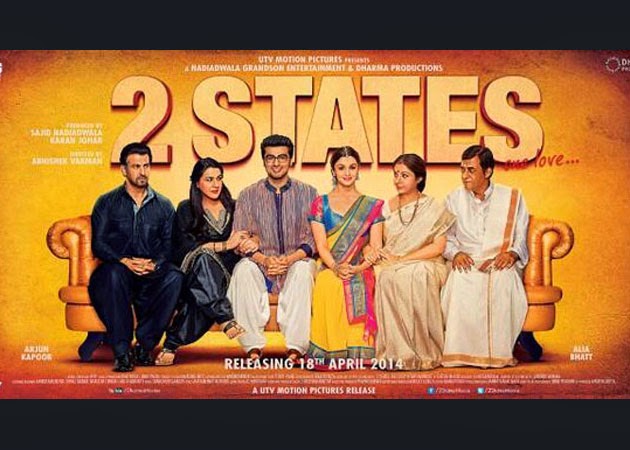 Ananya Swaminathan aka Alia Bhatt is playing a modern Tamilian in the upcoming movie 2 States.
Producer Sajid Nadiadwala says, “Alia has played the first non-caricatural South Indian character in the movie.  Normally when we show South Indians in our films they have a thick accent, and if it’s a woman from the South she will have gajra in her hair and will go ‘Aiyo’ every five minutes. Alia does none of that.”
He further adds “Alia is Tamilian and she even talks in Tamil. But she behaves like a normal city girl” 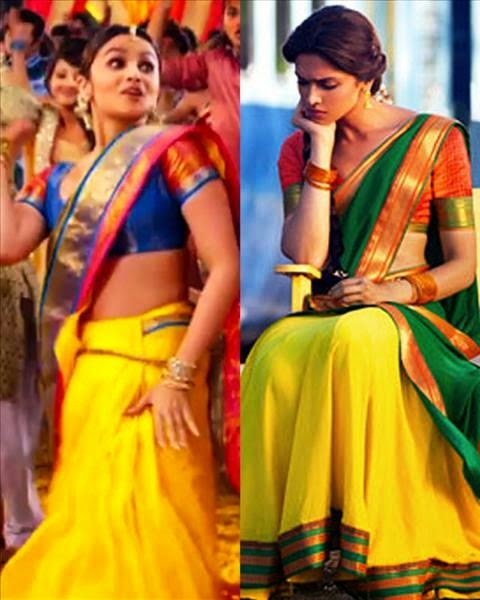 Recently Deepika was also seen in a South Indian character in Chennai Express. On asking how her character is different from her character, Alia stated that it was not at all the same, and that she was a modern girl, who chose to speak only in Tamil to her parents. Yes, I am a Tamilian in 2 States. But I don’t make a show of my regional roots. It is tough because when you are not resorting to speech and behaviorial props, you have no handy tools to give personality to your character.” 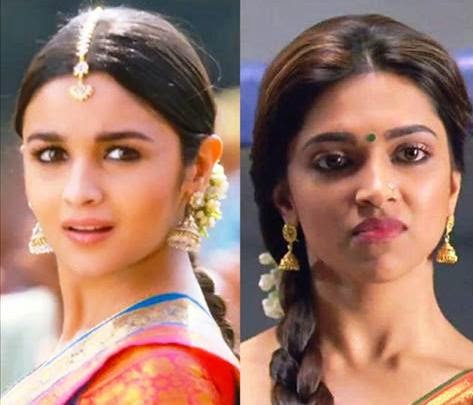 No doubt both the actress Alia and Deepika look stunning in their roles. They wore half and half sarees paired with ethnic jhumkas and bindi that make them look like typical south Indian's. 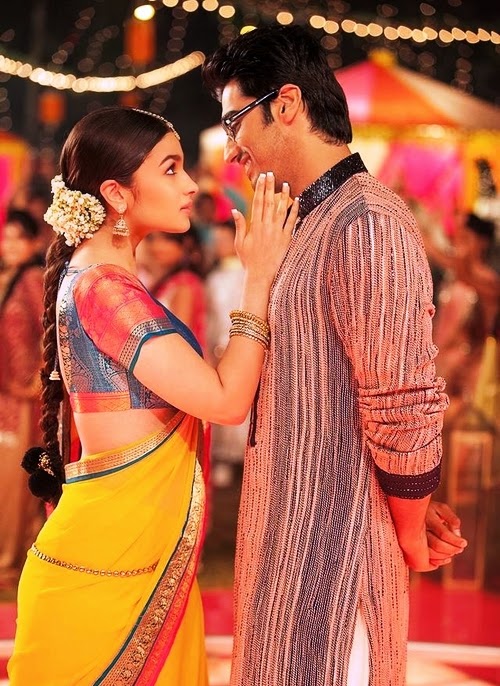 Alia is spotted wearing south Indian half and half saree in many scenes. Alia Bhatt looked gorgeous in a traditional kanjivaram half and half saree that had gold border, the trademark jumkas, hair tied in a plait, bangles and small round bindi looked great on her. 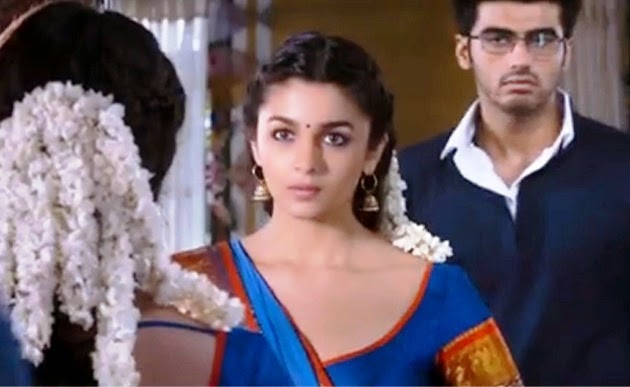 They are available in many bright colors with different work over it. This attire is also worn on many festivals and special occasions. 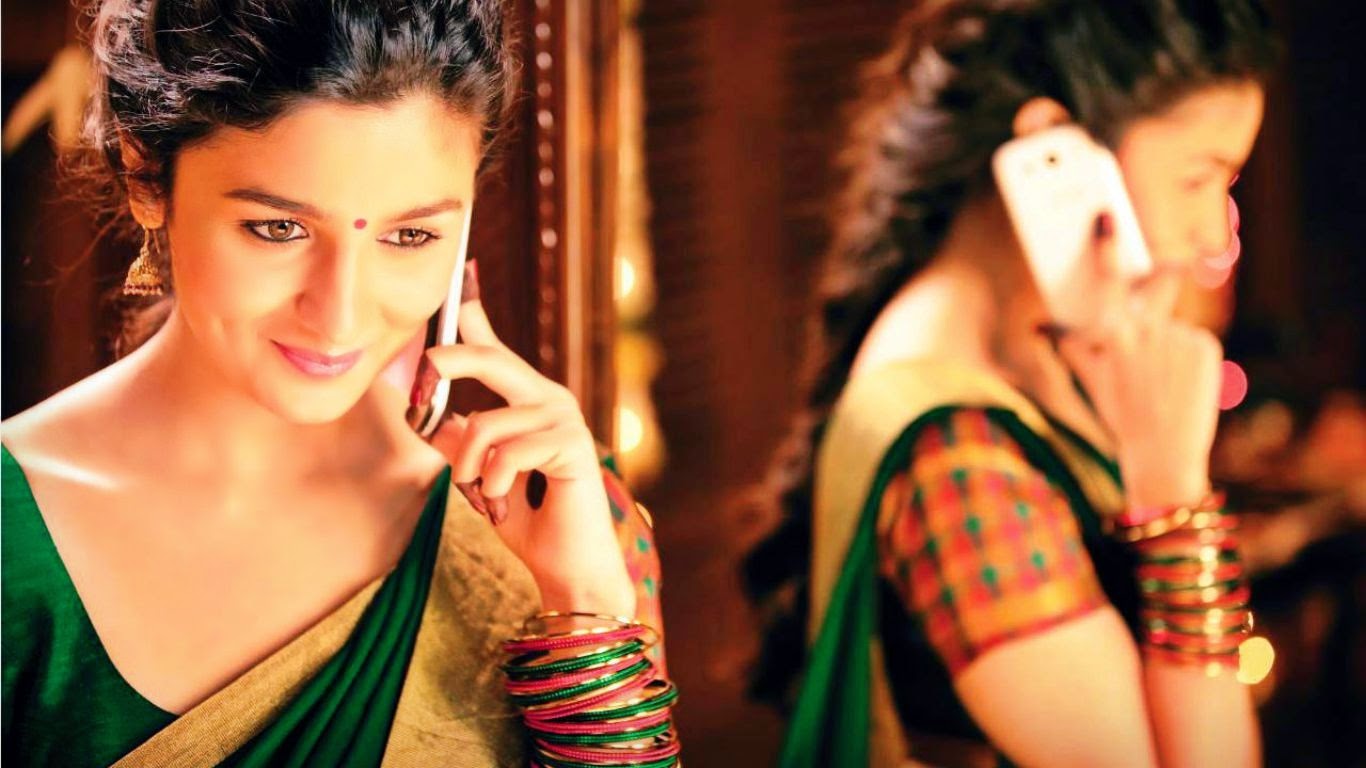 Alia is looking super gorgeous in this traditional outfit paired with traditional bindi, gajara, bangles and jhumkas. What do you have to say about her look? 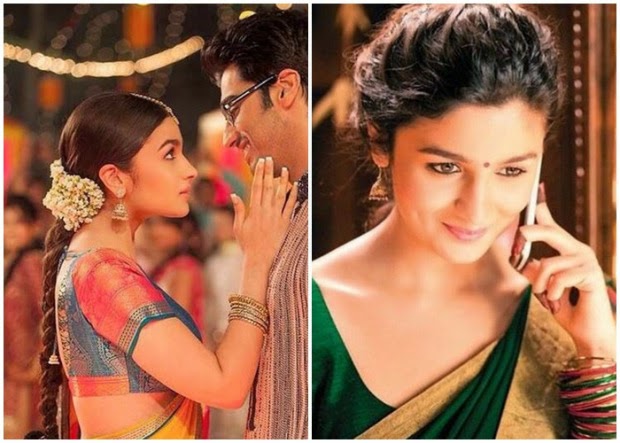 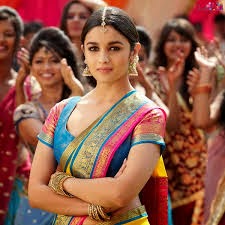 What is Half and Half saree -
Half and half saree is also called a two-piece saree. This outfit is very popular among South Indians. Young girls between puberty and marriage wear this dress. It is just like the sari, it has a skirt, a blouse and odni, worn by draping it around the waist, with one end over the shoulder. 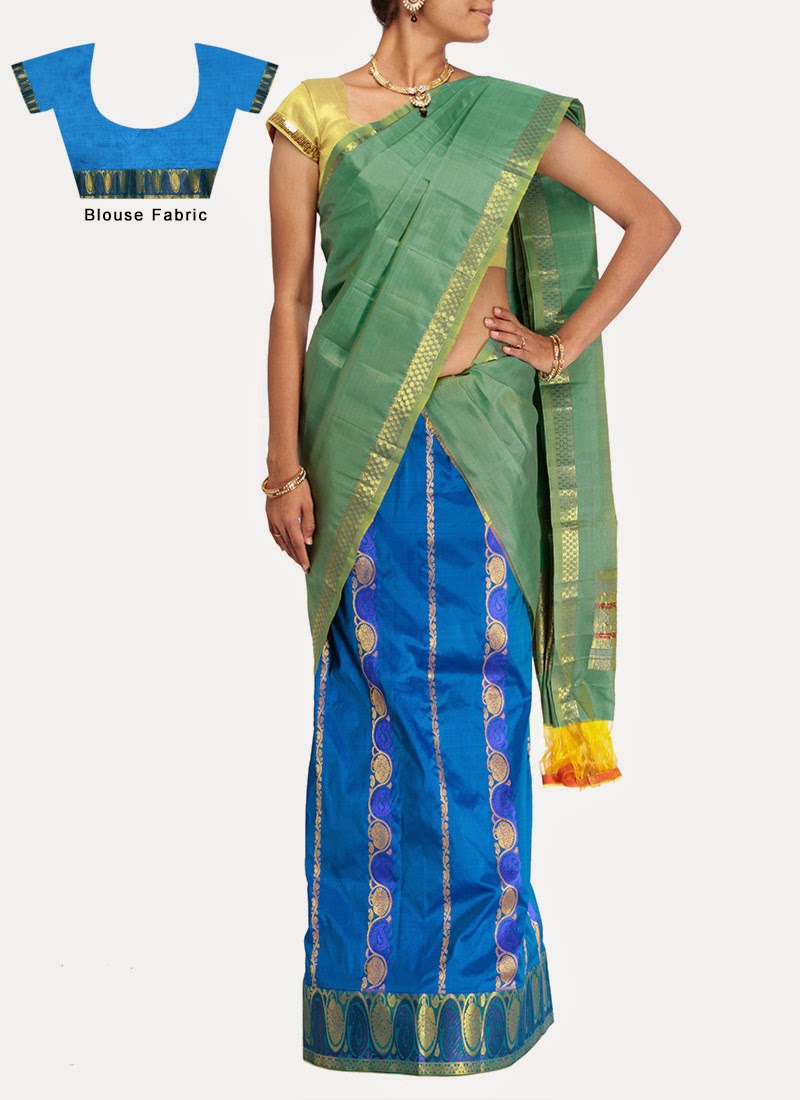 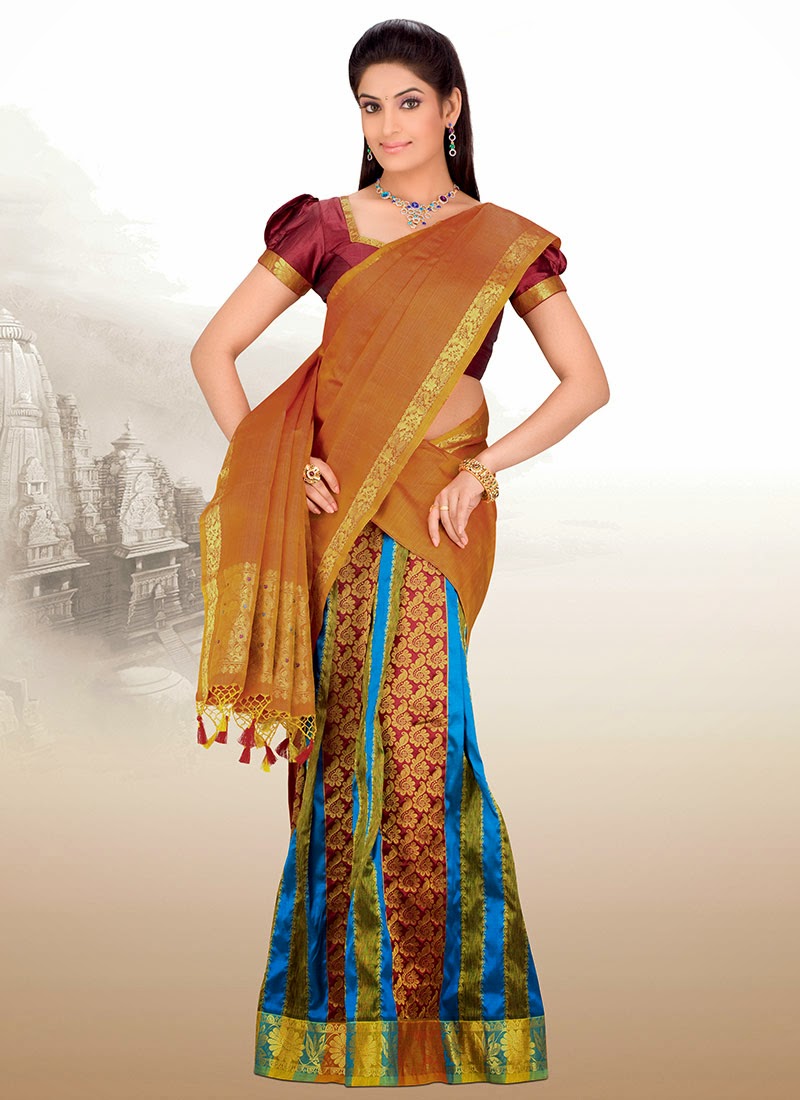 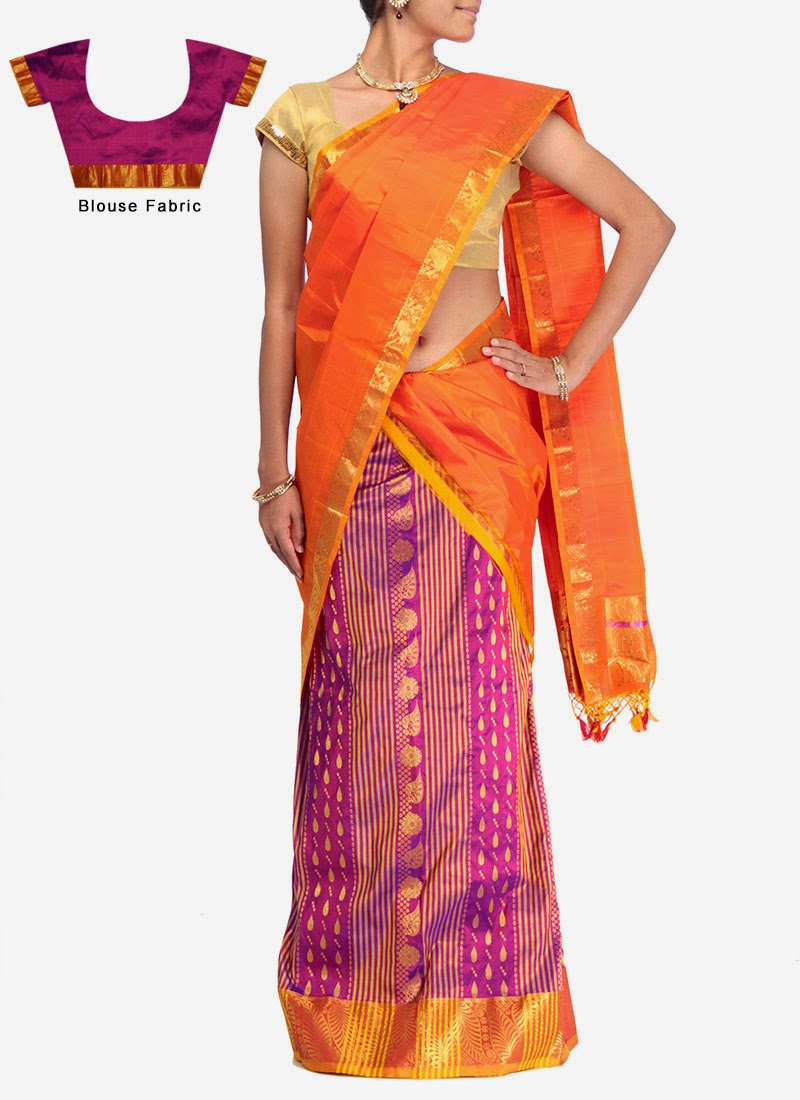 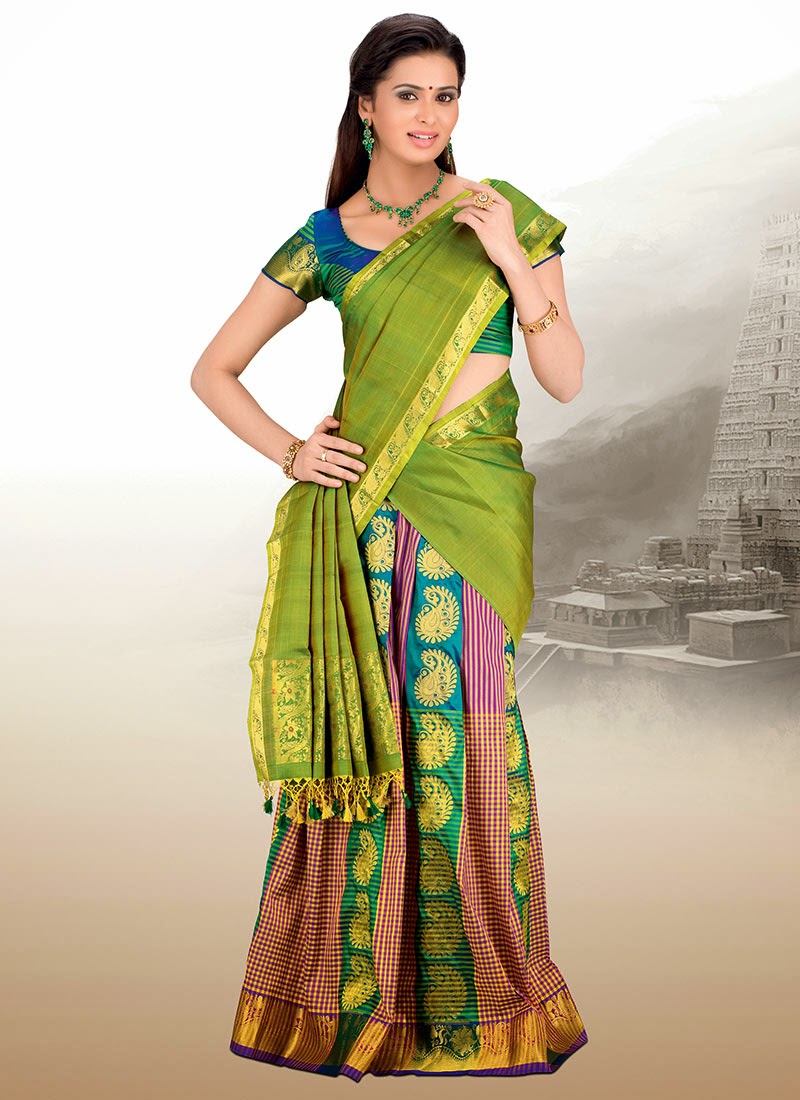 Cbazaar also offers a wide range of Indian attires for men, women and kids online. Cbazaar is one of the leading online apparel stores for weddings and red carpet events. Check out their new collection which is perfect blend of modern and traditional designer attires.

Prapti Bagga Arora
Posted by Indianfashionjournalist at 1:32 AM